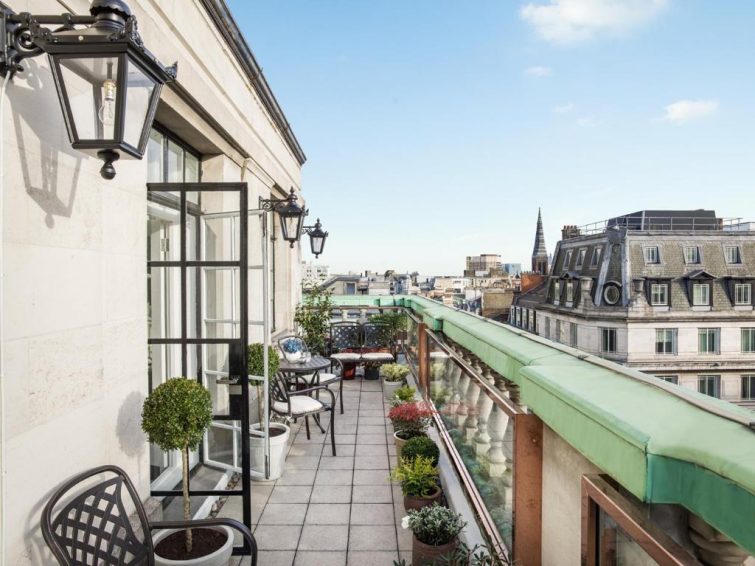 The Langham is a 5 star hotel in the heart of London, positioned between Marylebone, Fitzrovia, Soho, and Mayfair. This means that you’re a short journey from The Wallace Collection, Regent’s Park, the British Museum, the West End, and more. It also means that you’ll have your pick of dining options from all over the world.

The rooms feature Victorian inspirations to their design, especially in the Portland, Infinity and Sterling suites. Each room also comes with complimentary touches which can include wi-fi, media hubs, Nespresso, Langham Club privileges, and even butler services. The bathrooms feature marble bathrooms and separate showers.

If you’re dining in, then you can enjoy European dishes in Roux at the Landau or even Private Dining by Roux. The Artesian is the place to go for cocktails and there’s also a British pub called The Wigmore. The Langham Afternoon Tea offers, well, afternoon tea complete with biscuits for that Victorian afternoon touch.

There’s a gym and 16 metre swimming pool to help work off the biscuits with wellness options at Chuan Body + Soul including, massages and facials. If you’re planning a wedding, then The Langham has select partners such as photographers and florists who they know can be depended upon. There are also lots of options for other events.