Luxury Hotels in The Rocks

The area of Sydney where the first convicts and settlers came ashore in 1788 is known as The Rocks. This was where they built the houses, offices and pubs of Australia’s first, fledgling town. Ever since then, The Rocks has been an iconic part of Sydney. And although they could hardly be called luxury hotels, those early Sydney inns laid the foundations of hospitality that The Rocks still retains. These days, The Rocks is the place to go in Sydney for a cold beer, a good feed, and a place to lie down. In The Rocks, you are right amongst the pulsing heart of Sydney. This neighborhood of historic laneways, 5-star hotels, cafes, and colonial bungalows, lying in the shadow of Sydney Harbour Bridge, contains some of Sydney’s oldest pubs. Buskers and street performers add to the colour and activity, as locals and tourists mingle in the markets, and peruse the street stalls. Few places in the world have a better location, and you can sit at a table covered with white linen, sip a glass of wine, and look at that beautiful harbour. These are our favourite hotels in The Rocks. 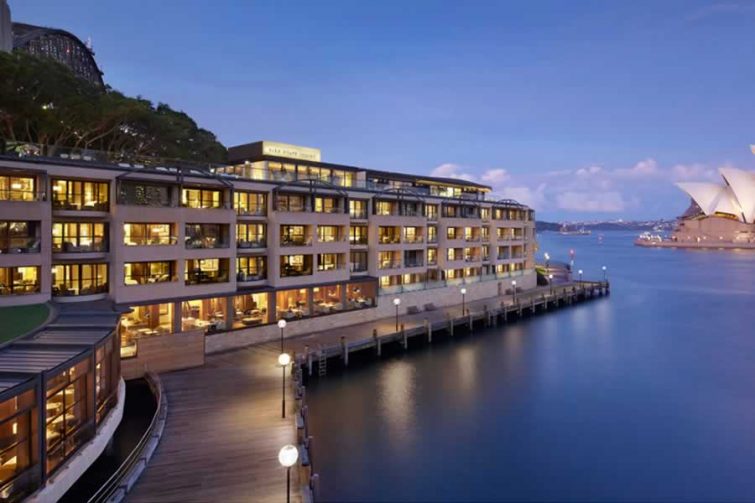 The Park Hyatt Sydney is a 5-star hotel that boats stunning views of the city. It overlooks the harbour with views of the Sydney Opera House. The hotel is within a few minutes’ walk of the Sydney Harbour Bridge, Rocks Market and Dawes Point Reserve. Most rooms have floor to ceiling […]

Nestled in the cobblestoned streets of The Rocks is Rydges Sydney Harbour. Close to galleries and cafes, this luxury hotel is the perfect location to see all of Sydney’s sites by foot or by ferry. When winding down, guests will enjoy complimentary high speed Wifi, making this accommodation great for […]

Known as Sydney’s most beautiful and historic hotel is the Harbour Rocks Hotel. This luxury hotel was built in 1887 and guests will love the charm of the decor that meets the modern facilities. The hotel is walking distance to the Circular Quay Ferry Terminal in addition to being close […] 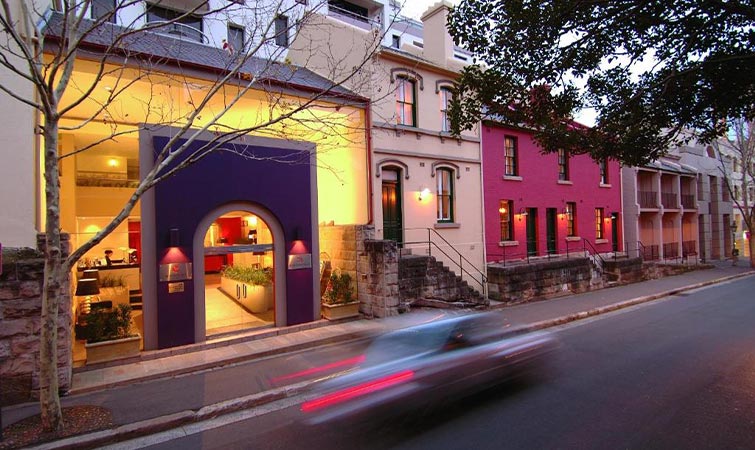 Located in the historic area of Sydney is the luxury hotel, Rendezvous Hotel. Surrounded by boutique shops and some of Sydney’s best restaurants, enjoy everything this area has to offer within walking distance. You will love relaxing at this hotel at the end of a busy day of sightseeing, with […]