The name Hong Kong means “fragrant harbour,” and once you have visited this bustling Asian metropolis, its sights, sounds and smells will never leave your memory. Built around the sinuous shores and coves of Hong Kong Harbour, this city of glass towers, crowded alleyways, 5-star hotels, jostling crowds and Legoland clusters of multi-story apartment blocks will assault your senses and draw you into its irresistible web of exotic experiences. Originally established as a British trading post, Hong Kong today is one of the world’s financial capitals and its harbour is one of the busiest on Earth. From the backpacker ghettos of downtown Kowloon to the luxury hotels up on Victoria Peak, Hong Kong offers an almost unimaginable variety of accommodation options. Almost 50% of Hong Kong’s area is protected in national parks and you can easily escape from the crowds and go hiking in the hills. The city’s restaurants and street food stalls distill the very best of Asia’s myriad cuisines into a unique mix of flavours and on its frenetic thoroughfares you will smell temple incense, car exhaust and the sweet aroma of the rainforests and tropical flowers. 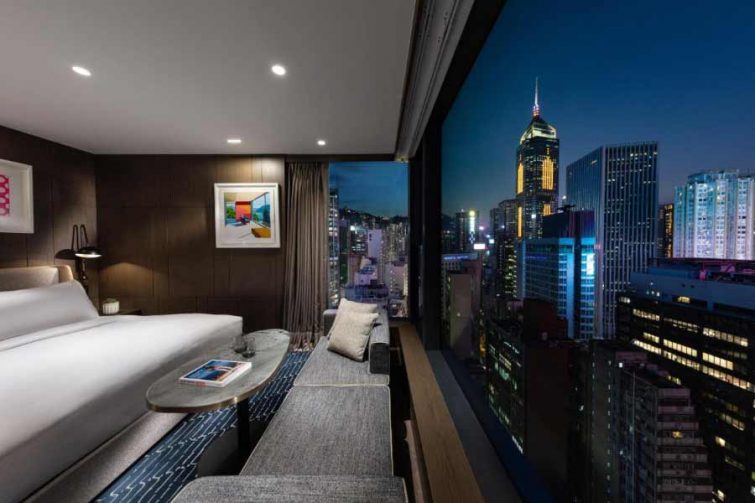 The Hari Hong Kong is a luxury hotel on the north of Hong Kong Island overlooking Victoria Harbour. The Hari is owned by the Harilela Group, a family company founded in 1959. The Hari is a new addition to Hong Kong having opened in December 2020. The Hari offers timeless luxury with marble in many of the bathrooms with walk-in showers. The corner rooms offer […] 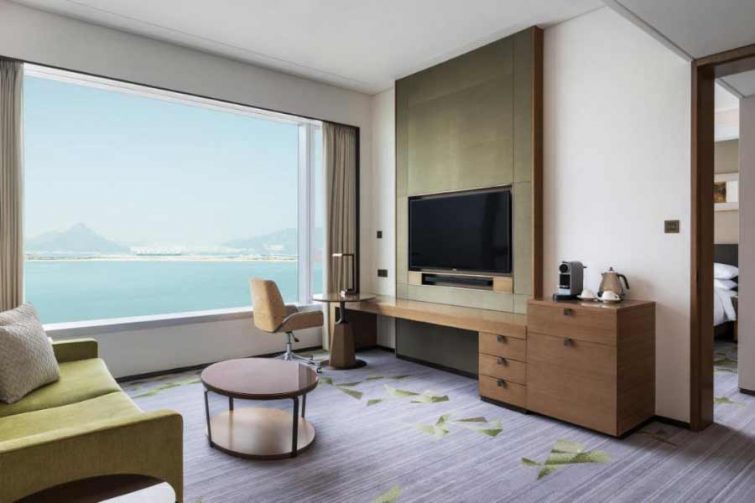 Sheraton Hong Kong Tung Chung Hotel is situated on Lantau Island. It’s just a ten minute drive from Hong Kong International Airport. Located in Tung Chung on the north-west of the island, this modern luxury hotel puts you in a great location, no matter what interests you. The lobby has a timeless luxury feel with detailed wood panelling. The rooms feature full length windows to […] 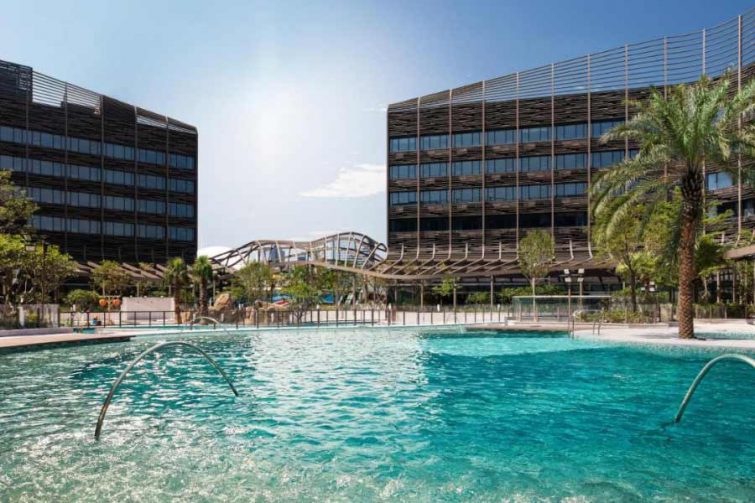 The Hong Kong Ocean Park Marriott Hotel has a great location on the southern coast of Hong Kong Island. This luxury hotel is about an hour from Hong Kong International Airport and offers a great location from which to begin exploring the coast. The hotel’s exterior has a unique look, styled to look like willow woven between poles. Inside, there’s a cylindrical aquarium in the […]

Hong Kong distills everything that is both mysterious and modern about Asia into one strident, teeming metropolis. Sprawling around the “Fragrant Harbour” that gives the city its name, and scattered across the ragged hills on the southern edge of Mainland China, Hong Kong is a living breathing dragon-city of smells, sensations and experiences that are unique in the world. A stay in a luxury hotel in Hong Kong will introduce you to the ways of the Orient, and whet your appetite to explore the wonders of East Asia on its doorstep. Here are ten Hong Kong experiences to get you started.

These iconic ferries, plying to and fro between Kowloon and Hong Kong Island, give you a waterline view of the city and its backdrop of hills. Hong Kong Harbour is one of the world’s busiest ports and the Star Ferry you will let you see everything from traditional wooden junks to massive container ships, and give you a whole new perspective of Hong Kong’s perfect blue buildings beside the apple-green sea.

Despite the fact that Hong Kong is one of the world’s most densely-populated places, the Hong Kong Special Economic Territory itself comprises almost 80% wilderness. Running from Stanley, on the southern shore of Hong Kong Island, all the way to the Chinese border, this trail is a breathtaking (literally) way to explore the urban and wilderness landscapes of Hong Kong.

Located in Sha Tin, halfway between Kowloon and the Chinese border, this mid-20th century monastery, with its temple and pagoda, is reached via a stairway that passes thousands of statues of the Buddah, each one with a difference countenance. See if you can spot the Elvis Buddha!

For a stunning view of Hong Kong, head up to the summit of Victoria Peak. You can walk up (if you fancy it), take a taxi, or ride the funicular Peak Tram up from Central. See if you can spot your luxury hotel from the summit!

In the markets of Mong Kok you’ll find every product under the sun on sale in street stalls, shops, bazaars and alleyways. Beware of the aggressive shopkeepers in the electronic shops as they can be quite abusive to browsers.

Take a tram through Central

Established in 1904, the trams of Hong Kong Island are a perfect way to see the city without having to wear yourselves out. For the price of a ticket, you can sit upstairs in air-conditioned comfort, and observe Hong Kong life as you glide along.

Eat at a mess

These echoes of British Imperial splendour are a throwback to the days when Hong Kong was a base for the army regiments that guarded the Empire and its approaches. Most of them serve up Indian food and an assortment of British dishes. You will be served by splendidly-attired mess officers in an atmosphere of genteel elegance. Try the Rajasthan Rifles Mess at the base of the Peak Tram. They’ll make you up a picnic if you like. Yes Saar!

Explore the back streets

The labyrinth of Hong Kong’s back streets, laneways and alleys are a hot, humid, jam-packed world of incredible smells (good and bad), food, commerce, and trade. Don’t be afraid…dive in, get lost, eat in a noodle joint with the locals. You’ll love it!

Take tea at The Peninsula

If slumming it in back streets isn’t quite your thing, you can join the legions of people who have taken High Tea in the Lobby at the Peninsula Hotel in Tsim Sha Tsui, Kowloon. Sit beneath the swirling fans and pretend that you and your lover are characters in a Noel Coward song. (By the way, the “Noonday Gun” mentioned in Coward’s song Mad Dogs and Englishmen is over on Hong Kong Island!) Visit Hong Kong’s outer islands. As well as its eponymous island, Hong Kong is an archipelago of more than 250 other islands. They even built a new one for the airport to sit on! You can visit Lantau Island, with its giant Buddah and amusement park; Lamma Island, with its enclave of British expats; or find a deserted island somewhere in the endless ocean for a private picnic.