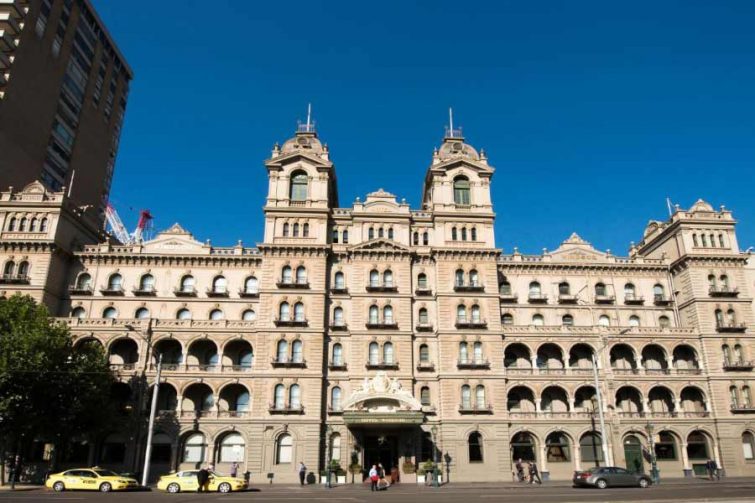 The Windsor is Australia’s most loved and renowned grand hotel, pre-dating The Savoy in London, The Plaza and The Waldorf Astoria in New York, The Ritz in Paris, and Raffles Hotel in Singapore. Established in 1883, it combines the classic beauty and architecture of the Victorian age with the graciousness of that bygone era.

Located across the stately Parliament House and next to the famous Princess Theatre, The Windsor is only steps away from Melbourne’s luxury boutiques, theatres, laneways and Chinatown, with the picturesque Treasury, Fitzroy and Carlton Gardens a short walk from our doorstep.

On 3 June 1923, with renovations complete, the hotel hosted a luncheon attended by His Royal Highness, The Prince of Wales. In honour of this occasion, the hotel was appropriately renamed The Windsor.

The Windsor has been a home away from home for many famous Australians during their stay in Melbourne. Former Prime Minister Sir Robert Menzies kept Suite 306 at The Windsor for many years; it is now known as the Sir Robert Menzies Suite in his honour. Notable international guests included members of the English cricket team, who were frequent guests at the hotel, despite patriotic local factory workers’ efforts to disrupt their sleep by ‘accidentally’ knocking over the empty milk churns in the laneway.